Palermo (Palemmu [palɛmmʊ] in Sicilian dialect) is an Italian town of 668.630 inhabitants, capital of the Sicily region. The city has a multi-millennial history and has played an important role in the events of the Mediterranean and Europe.
The long history of the city and the succession of numerous civilizations and peoples have given it a remarkable artistic and architectural heritage. The serial site Palermo-Arabian Norman and the cathedrals of Cefalù and Monreale, which includes more monumental assets located in the city, in 2015 was declared World Heritage Site by UNESCO. Numerous buildings, including churches and palaces, are recognized Italian national monuments. 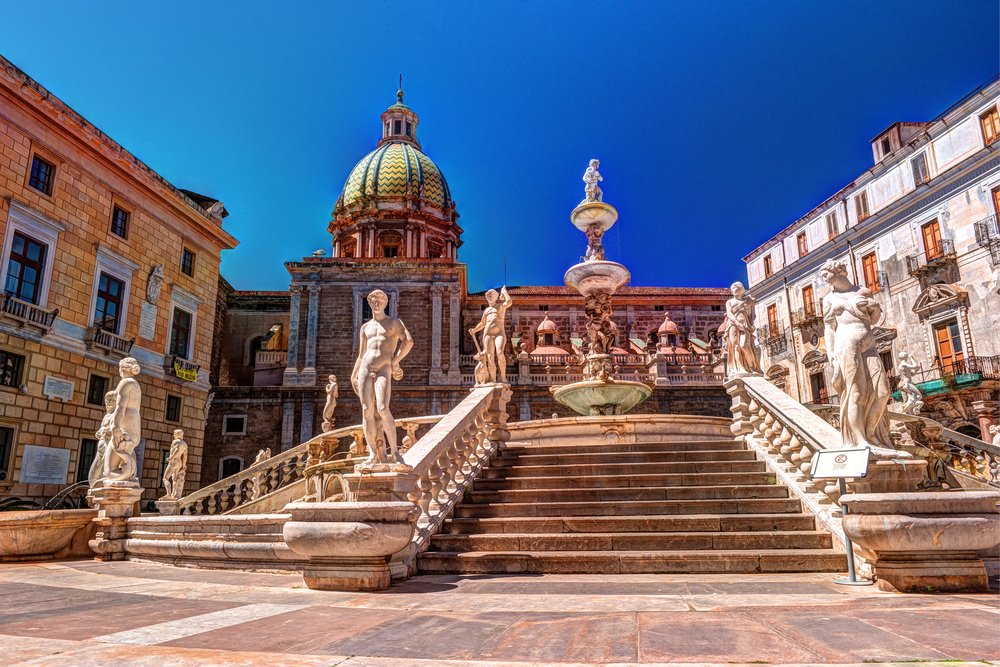 The city has a multi-millennial history and has played an important role in the events of the Mediterranean and Europe. Founded by the Phoenicians between the 7th and 6th centuries BC, it was conquered in 254 BC. from the Romans and has become the main center of the island (Province of Sicily). Conquered by the Vandals in 429, it passed in 536 under Byzantium and then inexorably conquered by the Saracens in 831. Subsequently, with the advent of the Normans and the return to Christianity, it was the city of coronation for the numerous sovereigns of Sicily, just to this circumstance we owe the titles attributed to the city: “Prima Sedes, Corona Regis et Regni Caput”. Since then it has remained, with alternating events, the capital of the Kingdom of Sicily until 1816. Especially important were the Sicilian Vespers, rebellion erupted in Palermo in 1282.

From 1816 to 1817 it was the capital of the newborn Kingdom of the Two Sicilies and subsequently became the second most important city of the same duo-Sicilian kingdom, until 1861. Palermo is home to the Sicilian Regional Assembly, the oldest parliamentary office in the world, as well as a major university. Its archdiocese is the metropolitan seat and seat of the primate of Sicily. Nominated Italian Youth Capital 2017, it is also the Italian capital of culture for 2018. Palermo has numerous monuments dating back to the Norman period, a UNESCO World Heritage Site: inside the Palazzo dei Normanni, the residence of the kings of Sicily and headquarters of the Sicilian Parliament, is the sumptuous Palatine Chapel built by Roger II after the coronation in 1130. Defined by Guy de Maupassant «the most beautiful church in the world, the most amazing religious jewel dreamed of by human thought» [47], the Palatine Chapel is an extraordinary synthesis of Latin architectural forms, Byzantine mosaics and Islamic muqarnas considered among the greatest expressions of Fatimid art. 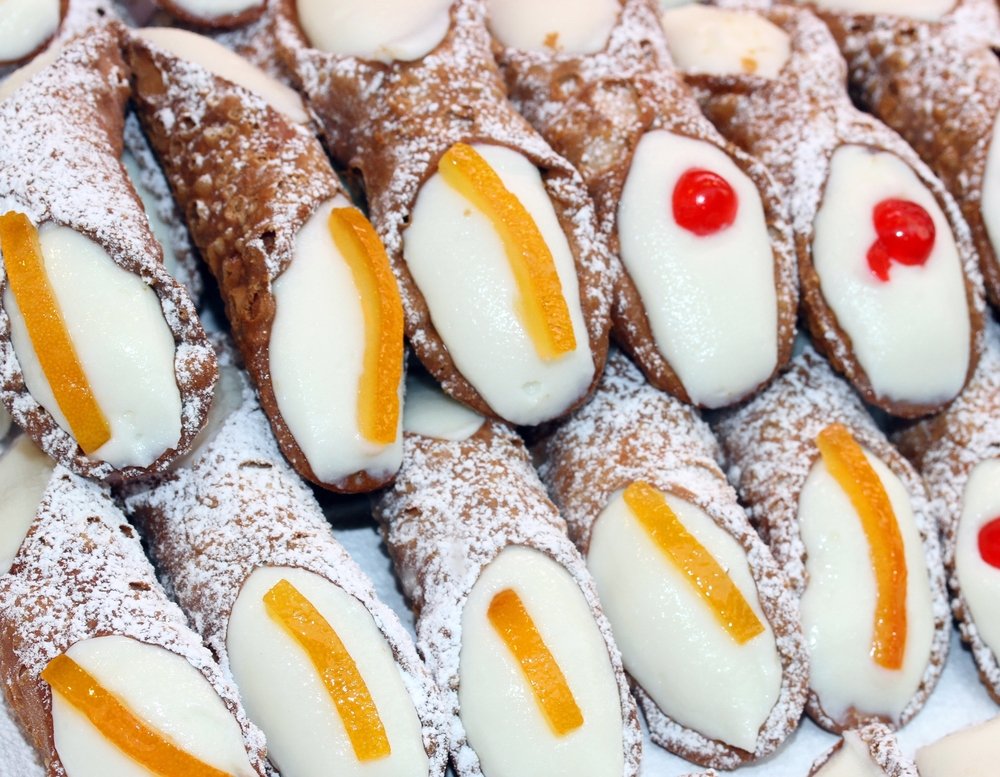 Palermitan cuisine, like all Sicilian cuisine in general, fully falls within the nutritional model of the Mediterranean diet and shows traces and contributions from all the cultures that have settled in Sicily over the last two millennia. Among the most famous dishes we find the caponata (used both as an appetizer and as a side dish), first courses such as pasta with sardines or baked anelletti and second courses such as sarde a beccafico or roast panato alla palermitana.

Palermo is famous for its pastry and in particular for the typical desserts that have as main ingredient the cream of ricotta: cannoli, cassate, apostle fingers. A curious and interesting aspect of the local cuisine is the widely used “street food”, which perfectly represents the tastes of the inhabitants of Palermo. Important to note that the chef from Palermo Francesco Procopio dei Coltelli is considered the father of ice cream, one of the most consumed and known desserts in the world.

Palermo is crossed, from south-east to north-west, from the avenue of the Sicilian Region connects to the urban road the three motorways (A19, A20 and A29).
The municipal territory is affected by a decent train traffic the main stations are the central station and the Notarbartolo station. The most famous port is Porto Civile, which has always been one of the most important communication routes for the city and among the major Italian and Mediterranean airports for passenger and freight traffic; is present the airport of Palermo-Punta Raisi, located in the municipality of Cinisi about 35 km from Palermo is connected to the city, by road, from the A29 Palermo-Trapani.