Bonifacio, is on the Strait of the Bocche di Bonifacio that separates it from Sardinia. It belongs to the department of Southern Corsica and is the southernmost municipality of metropolitan France, thus excluding the overseas departments. The town is built around a deep bay similar to a small fjord surrounded by white limestone walls, inside which rooms of old houses and warehouses have been dug in time. Inside the fjord there is the port, mainly tourist, from which also ferries depart regularly connecting the city to nearby Sardinia with Santa Teresa di Gallura (SS) from which it is 12 km that are covered in an hour by ferry. 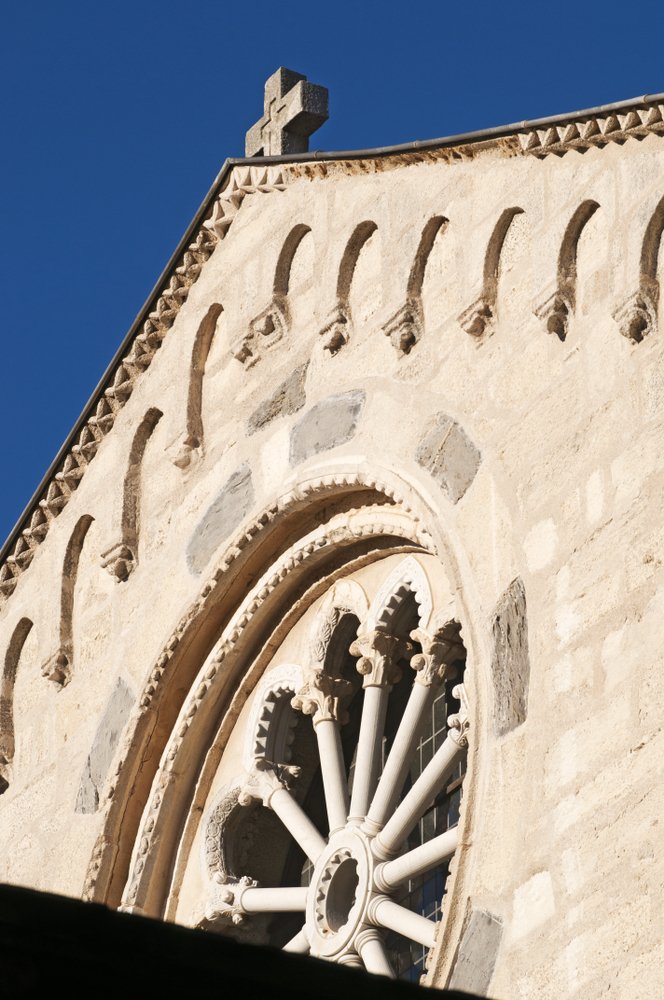 The place where now stands the city of Bonifacio was already inhabited approximately 6,500 years ago, a date suggested by the discovery of finds in a cave along its high cliffs. Later inside the bay, the settlement was occupied by Greek merchants and Roman soldiers; after them the city was long in the hands of the pirates of the Mediterranean Sea. Tradition states that the name was attributed only later, thanks to Boniface II of Tuscany who in 833 refounded a village here to defend against the Saracens raids. Inhabited by Tuscan settlers, for two centuries it remained under the control of the Maritime Republic of Pisa until, at the end of the twelfth century, it came under the control of the Republic of Genoa, which in 1490 expelled all the Tuscan colonists. A legend tells that the Genoese entered the city in 1195 taking advantage of a marriage and the state of intoxication of the population. Thanks to its strategic position both from the geographical point of view (possibility of control over the mouths of Bonifacio), and from the topographical (the old city is built on high cliffs overlooking the sea and is accessible only from inside the fjord), the Genoese made it become an impregnable fortress.

Among the major assaults one can remember the one carried by the king of Aragon in 1420, which lasted five months, during which a ladder was built along the cliff face to allow the water supply, called the steps of the king of Aragon. The city was conquered thanks to the deception of a Genoese emissary who allowed the garrison to return under the dominion of Genoa. Genoa, however, ceded it to France with the Treaty of Versailles of 1768. In 1793, Napoleon, when he was still a young officer, commanded the garrison of the fort for a few months. Coming to the present day, Bonifacio became a place of refuge for refugees fleeing from the Sardinian coasts; today it is instead a lively tourist town rich in history and enviable geographic location.

The local specialties of Bonifacio to taste are the Aubergines à la Bonifacienne. That is, aubergines “Bonifacio”. It is aubergine stuffed with cheese and accompanied by salad. In Corsica freshness and simplicity are considered the essence of good food and quality and genuineness of food and drink. Meat is the main ingredient in the island cuisine, starting from the famous Corsican delicatessen, one of the most renowned in the world for its high quality of processed meat, given that they come from a local breed of wild pigs. On the coast you can taste excellent fish and seafood, from mussels to grilled moray eel, to sardines stuffed with brocciu, as well as mullet, bass, sea bream and grouper, not to mention lobsters from the Gulf of Saint-Florent or oysters can be found in the east coast.

The Figari-Sud Corse Airport, one of the four in Corsica, is located in the south of the island, about 25 kilometers from the city and 20 from Porto Vecchio. Despite the presence of the island’s longest runway, for passenger traffic, it is the third of Corsica. Flights throughout the main French cities are guaranteed all year round. Air traffic, of course, increases at the same time as the arrival of summer. The Port of the city is located within the fjord and is mainly tourist, however, here, daily ships arrive from Santa Teresa di Gallura, in Corsica. Porto Vecchio, is the nearest town, and has a port where ships from Marseilles and Toulon dock.

La Scalinata del Re is the route not to be missed during a stay in Bonifacio, as it represents one of the most beautiful spots of the Corsican town. Composed of almost 190 steps, if it goes all the way leads directly to the peak of the Mediterranean Sea, giving incredible images. Dedicated to the King of Aragon, it is presented as a staircase entirely built, evocatively carved into the rock wall. In addition to being an unmissable attraction for all nature lovers, the staircase is a monument to all effects, as it was built by the troops of the king of Aragon Alfonso V during the siege of Bonifacio, occurred in the fifteenth century, with the purpose to guarantee them the water supply. The staircase, in fact, led to a natural spring and allowed the soldiers to quench their thirst and, at the same time, to remain hidden and protected. The story behind the staircase is very interesting, as it is said that the construction work lasted only one night.