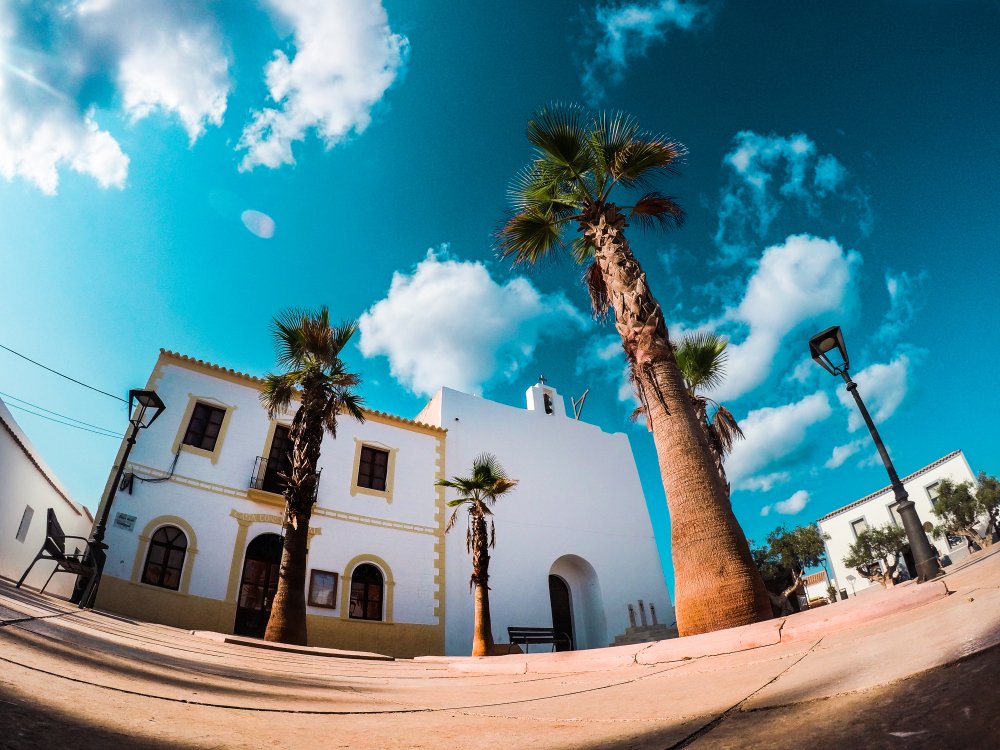 In addition to the spectacular natural scenery, Formentera has a lot of fun close to the lifestyle of the 70’s: beach parties, alternative clothing. Some of the things we recommend doing during your stay are: visit The villages of San Francesc, San Ferran and El Pilar, carved out of historic lanes, take a trip to the Saline, or the Formentera lights and then turn around all the markets of the various areas of the island. 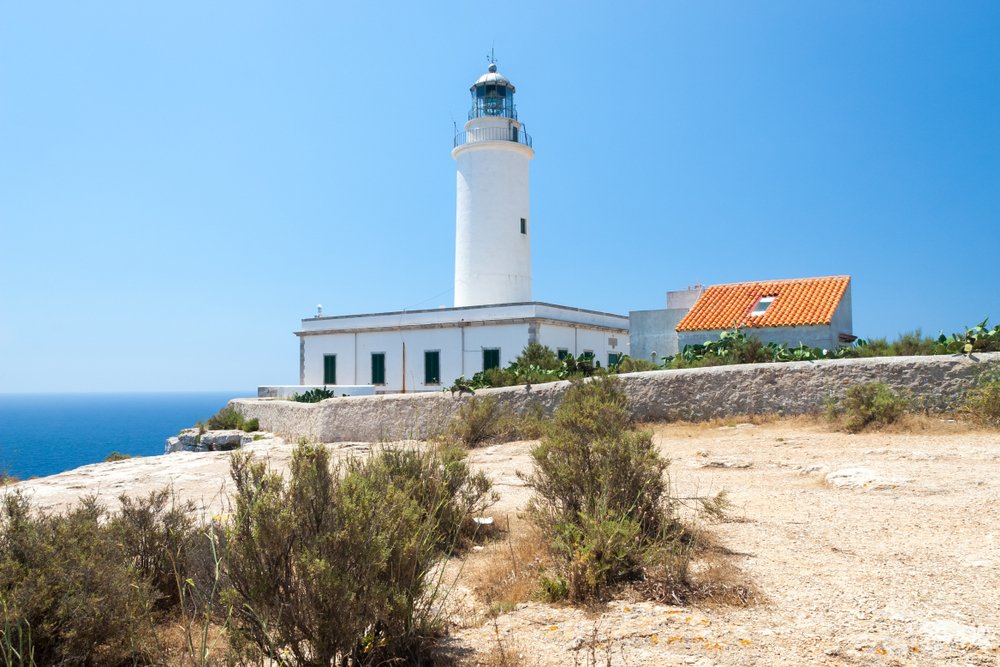 Formentera is a very popular tourist destination: thanks to the beauty of the beaches and its proximity to Ibiza with which it is connected by frequent ferries, offers, unlike its neighbor, a life and a less formal tourism and less tied to the colorful world of nightclubs .
In recent years it has become a destination for many Italian tourists who have established the fashion of the aperitif by the sea accompanied by music until late. There are several kiosks (chiringuitos in Spanish) that turn into discos when the sun goes down. Formentera remains one of the places of the Mediterranean Sea preferred by naturists who continue to frequent most of the beaches of the island (Migjorn, Llevant, Ses Illetes, Espalmador, Calò des Morts, Platja de Tramuntana, Platja de Sa Roqueta, etc.) thanks to the permissive legislation present in Spain, which in fact allows naturism in many areas of the country. 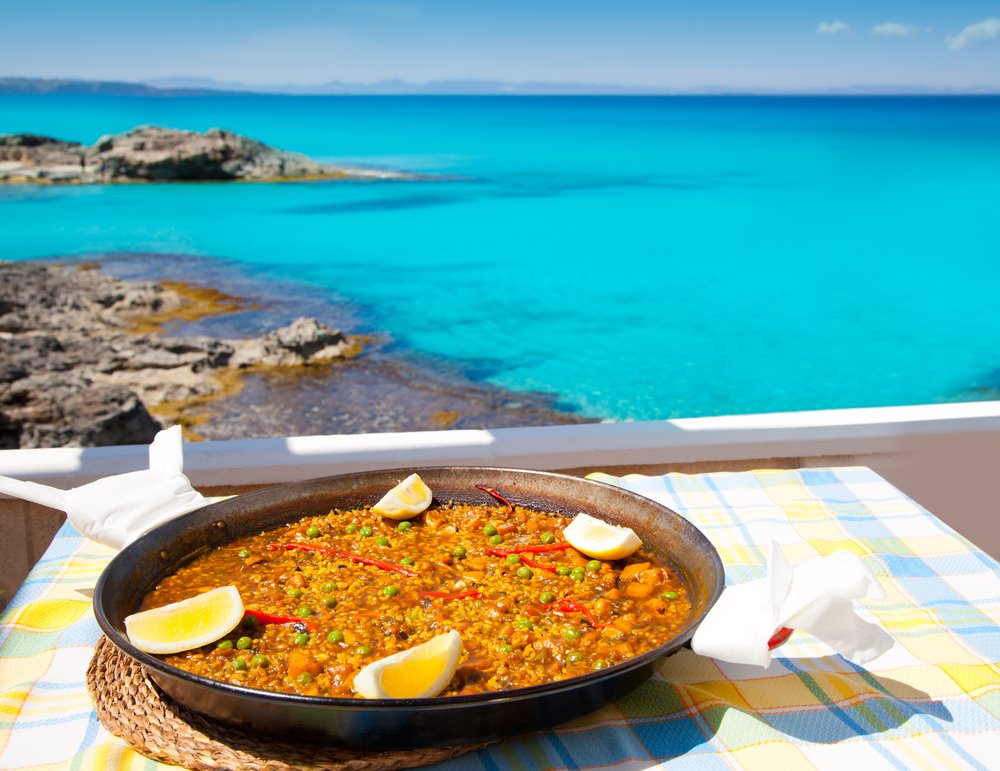 At the traditional cuisine restaurants, there is no lack of sucking pig, Majorcan fried fish, a fine bullit de peix (Ibiza), lobster soup (Menorca), snails or ali-oli. Rice, stews and fish dishes make for exceptional menus, ideal to give yourself a treat after a relaxing siesta. However, the typical dish that always accompanies the visitor from island to island is pa amb oli (bread with oil). Its simplicity is achieved by combining the traditional brown bread in llesques (slices) with extra virgin olive oil from the islands. Ramallet tomato is spread over the bread and you can add whatever you like, from Mahón cheese to sobrasada (spicy pork sausage), as well as tuna or camaiot.

The beaches of Ses Illetes, located at the northernmost point of the island and the closest to the island of Espalmador, are the most visited and visited by tourists. Its peculiarity is that in some places it is a strip of sand of a few tens of meters with the sea on both sides which in turn can be calm on one side and moved on the other. You can access this area, considered a nature reserve, free on foot and by bike, while you need to pay a toll if you access by car or scooter. The area of ​​Ses Illetes is one of the most complete for leisure: water sports, restaurants, kiosks, hammocks, umbrellas, services for bathers. There is also a maritime service that connects this area with the port of La Savina and the island of Espalmador. Migjorn, one of the largest on the island; its surface of sand embraces much of the south coast, from La Mola to Es Cap de Barbaria. Because of its length and location it is one of the least frequented beaches on the island. Cala Saona, a small beach, but also one of the most beautiful [without source]. Rich in restaurants and kiosks from which you can admire the nearby Ibiza. Easily accessible are the Costa de Punta Pedrera and the beautiful cliffs of Punta Rasa, which can be easily reached on foot. Llevant, located in the northern tip of the island, in the eastern area, as the name indicates. It is a beach of great extension and is the area closest to Ses Illetes, for which it is quite crowded. Espalmador, scarce 150 meters separate the island of Formentera from that of Espalmador. This island of a few square kilometers can be reached by boat (there are connections from the port of Formentera). The most famous beach of the island is the beach of S’Alga, a real natural harbor. The watch tower (Torre di Sa Guardiola), located at the highest point, is in a natural park rich in fauna and flora.