The United States, the Middle East, China and Russia: an interview with Stefano Cecchi, businessman and marketing communication consultant

Let’s start with the United States. I’ve read your autobiography, Play, where you describe how you met Donald Trump in person. What do you think of this new President?

I have found him fascinating ever since the first time we travelled on Trump One together. He wasn’t President at the time, he was known for his large-scale property transactions and The Apprentice talent show. I have just received an invitation to his inauguration party in Washington DC. You see, I’m not interested in people’s private lives and I don’t waste my time on conspiracy theories: Trump is a super manager and he’ll be a good President. His aim is to create ‘jobs, jobs, jobs’ by attracting companies to the USA and his programme features plenty of incentives.

Will you have a role in this project?

The USA is looking for companies with ideas that are ready to invest. We are assessing proposals with the help of a dear friend who is an ambassador to the United Nations and we will present them in Washington DC.

Tell us about your relationship with the Al-Thani family in the Middle East.

I have partnerships with the Al-Thani family in the digital communications and food & beverage industries – with the Alifood Group – as well as large-scale events such as the Dubai Expo and Qatar 2022. I am also Sheikh Nawaf’s personal consultant on marketing and communication activities for EU business.

The Sheikh and I have been friends for 15 years: he believes I am a master of communication and he introduces me as such. I just think that I have worked well and that I have always respected him, as well as produced results.

Let’s continue our world tour: what relationship do you have with China and Russia?

I have always had a great deal of trouble with the Chinese market: they have a very complicated modus operandi and you are never sure who you are talking to. Some years ago I signed a difficult mandate with Juventus Football Club to negotiate with China Unicom for the sponsorship of its top team, as well as for the stadium. Despite the fact that I was assisted by the legal team at Studio Chiomenti, which when it comes to this field is the best European contact in China, I didn’t get anywhere with it. In contrast, my relations with Russia are excellent, particularly with the chairman of the Foreign Affairs Committee, as we’ve been friends for over ten years. I have just met him to discuss the 2018 FIFA World Cup and the future of the country once sanctions are lifted. I’d like to do more with them, but the sanctions currently impede us from doing so. I hope that the new US administration will allow us to go back to carrying on a free trade dialogue.

How does this role as an ‘ambassador’ square with your business activities and your work as a marketing and communication consultant?

The companies I work for as a marketing and communication consultant have access to my international contacts, they’re part of the service. That doesn’t mean that they can’t be used by other  organisations I am not linked to. A certain set of conditions have to be met: first and foremost, I have to believe in a company’s potential, otherwise we’ll all be wasting time. For example, I was involved in the takeover of Borsalino, the famous hat company, and I produced its marketing plan in record time, even before the takeover was officially announced. That’s because I believed in the brand.

How important is effective communication for companies these days?

Everything a company does influences the world outside, such capital needs to be created, fed and maintained. I am saying that as a businessman, more than as a consultant. Today things are much easier: companies invest in social media which, though undoubtedly important, are an ineffective tool without a consistent strategy. That’s the point: strategy and, I might add, an understanding of the subject matter.

Where do you live now, Stefano Cecchi?

On planes… Seriously though, I have been a resident of Spain since 2009. My offices are in London and in Doha for the Middle East. My heart is in Paris.

One last question: what time does your watch say?

That’s the hardest question to answer: I’ll draw up a chart and send it to you. 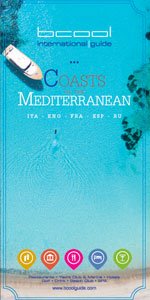 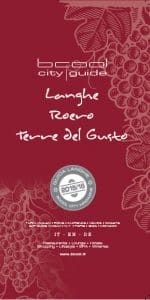